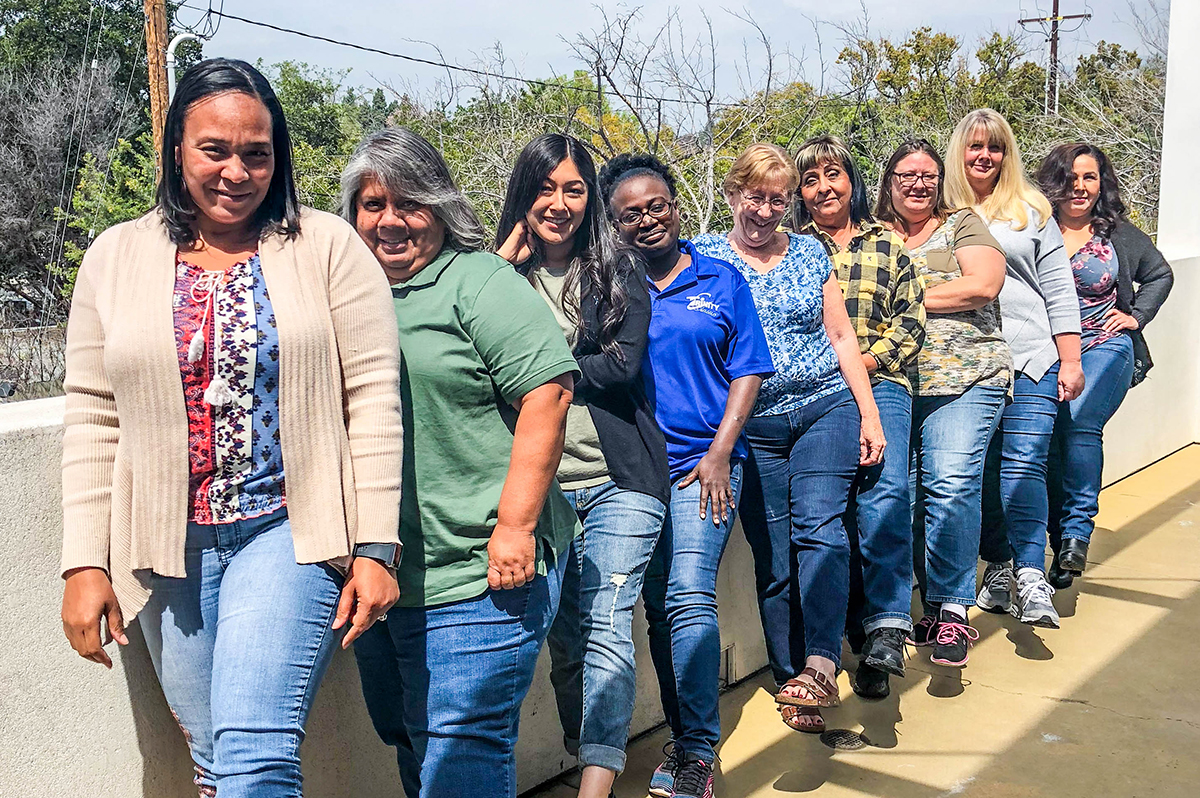 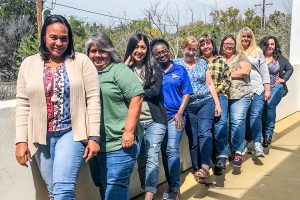 The purpose of International Women’s Day (March 8) is to actively call for a gender equal world. Trinity Youth Services (TYS) would like to take the time to honor some amazing achievements in Women’s history while also highlighting some of the inspiring and dedicated women in leadership that TYS is so blessed to have.

According to the Women’s Bureau, from 1950 to 2010 there was roughly a 56% increase of women participating in the workforce. During that time, several key moments in the Women’s Civil Rights movement occurred. In 1955, Rosa Parks famously refused to give up her seat and in 1963 President John F. Kennedy signed the Equal Pay Act. Lyndon B. Johnson signed the Civil Rights Act in 1964, which was intended to ban all employment discrimination and in 1966 Betty Friedan founded the National Organization for Woman (NOW). Title IX of the Education Amendments was signed into law in 1972 and in 1981 Sandra Day O’Connor was sworn in to serve on the U.S. Supreme Court. In 2016, Hillary Clinton became the first woman to receive a presidential nomination from a major political party and in 2021 Kamala Harris became the first woman and first person of color to be elected Vice President of the United States.

The 20th century brought with it a “rapid rise in women’s labor force participation,” according to the U.S. Bureau of Labor Statistics but despite this information, PayScale reported, “In 2020, women earn[ed] $0.81 for every dollar earned by an equivalent man. This figure is representative of the uncontrolled – or ‘raw’- gender pay gap, which looks at the median salary for all men and women regardless of job type or worker seniority.” 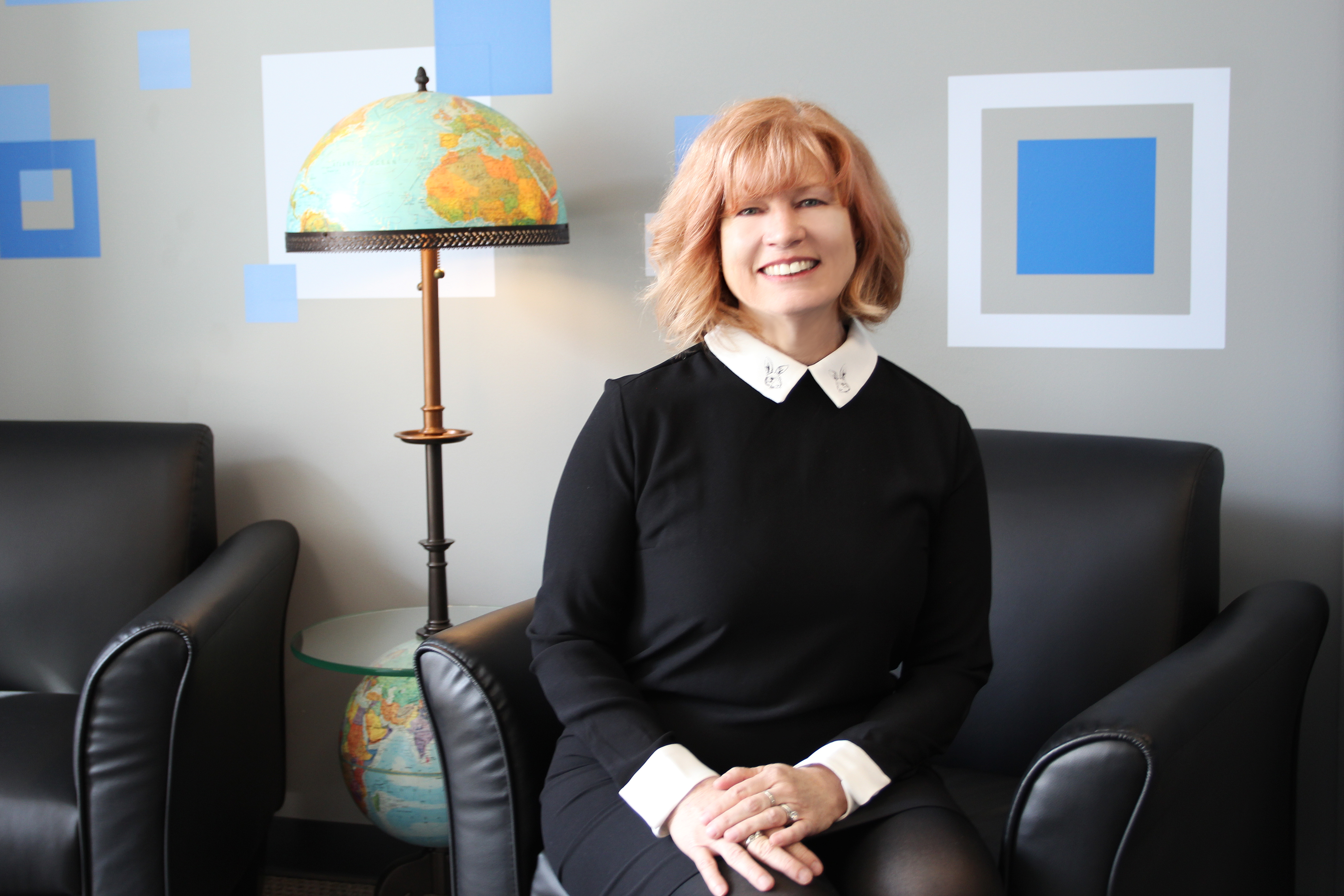 TYS takes the pay gap between women and men very seriously, by conducting periodic wage analysis to ensure there are no disparities based on gender. “Being the first female CEO in Trinity’s 55-year history,” says Cher Ofstedahl, “I have a critical awareness of the particular challenges women have historically faced in the workplace and a keen desire to ensure all staff are treated equitably, empowered with the knowledge, skills and tools to be successful in their positions and provided with opportunities to fulfill their professional goals.”

Celebrating women, championing equality, building a workplace that is inclusive, increasing visibility and forging women empowerment are required to create a world with gender parity. TYS applauds all the outstanding women of the agency and of the world for their resilience. 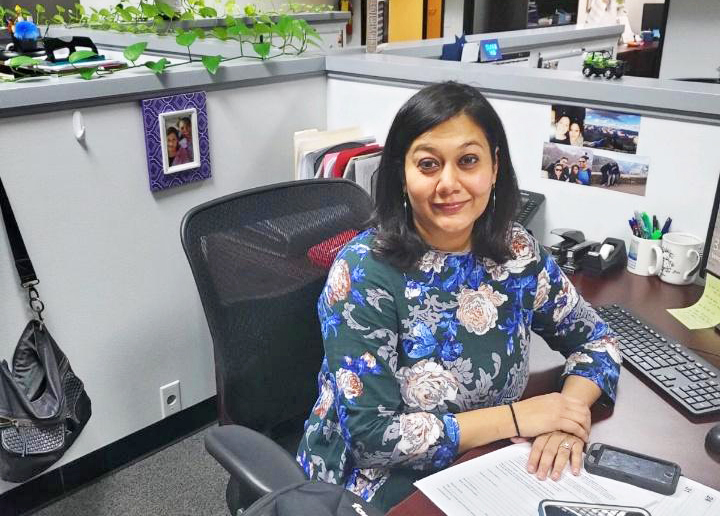 Ways You Can Help

Join our Agency: TYS is a premier provider of residential treatment programs, mental health services, foster care and adoption agency to children and families in Southern California. We seek team members with a genuine commitment to the empowerment of at-risk children and their families, and a willingness to work in a demanding, fast-paced environment, which requires dedication and a desire to provide positive role models for the children in care. Click here to apply.

Donate: Consider donating to organizations like the Children’s Foundation of America, who help provide resources of the highest quality to children in foster care. Your donation provides scholarships and other essential needs to help create positive outcomes for foster youth.

Volunteer: Contribute your time by volunteering to help advocate and raise awareness. Use social media to share articles like this one or sign up here to participate in a volunteer project.

Foster or Adopt: TYS’s mission is to help children and families create a better future. You can change the trajectory of a child’s life by becoming a resource parent and providing the love and support children need to be successful in life. Contact TYS representative, Carlos Lopez at clopez@trinityys.org or 888-346-9645 to learn more about adopting or becoming a foster parent.

Isabel Millward-Pena, Communications Specialist
Isabel contributes content for our social media, blog, newsletters and promotional materials. She recently earned a bachelor’s degree in English from California State University San Bernardino and is currently working on her master’s degree. Isabel began working at Trinity as an intern, was hired as clerical, and was then promoted to communications in our development department. Prior to her work at Trinity, she was a substitute instructional aid and a supervisor at Starbucks. She has also volunteered as an aid at local elementary schools and notably achieved “Partner of the Quarter” at Starbucks in 2017. Isabel is an active member of Trinity’s Diversity, Inclusion, Value and Equity (DIVE) team and volunteers her time at the Children’s Foundation of America.