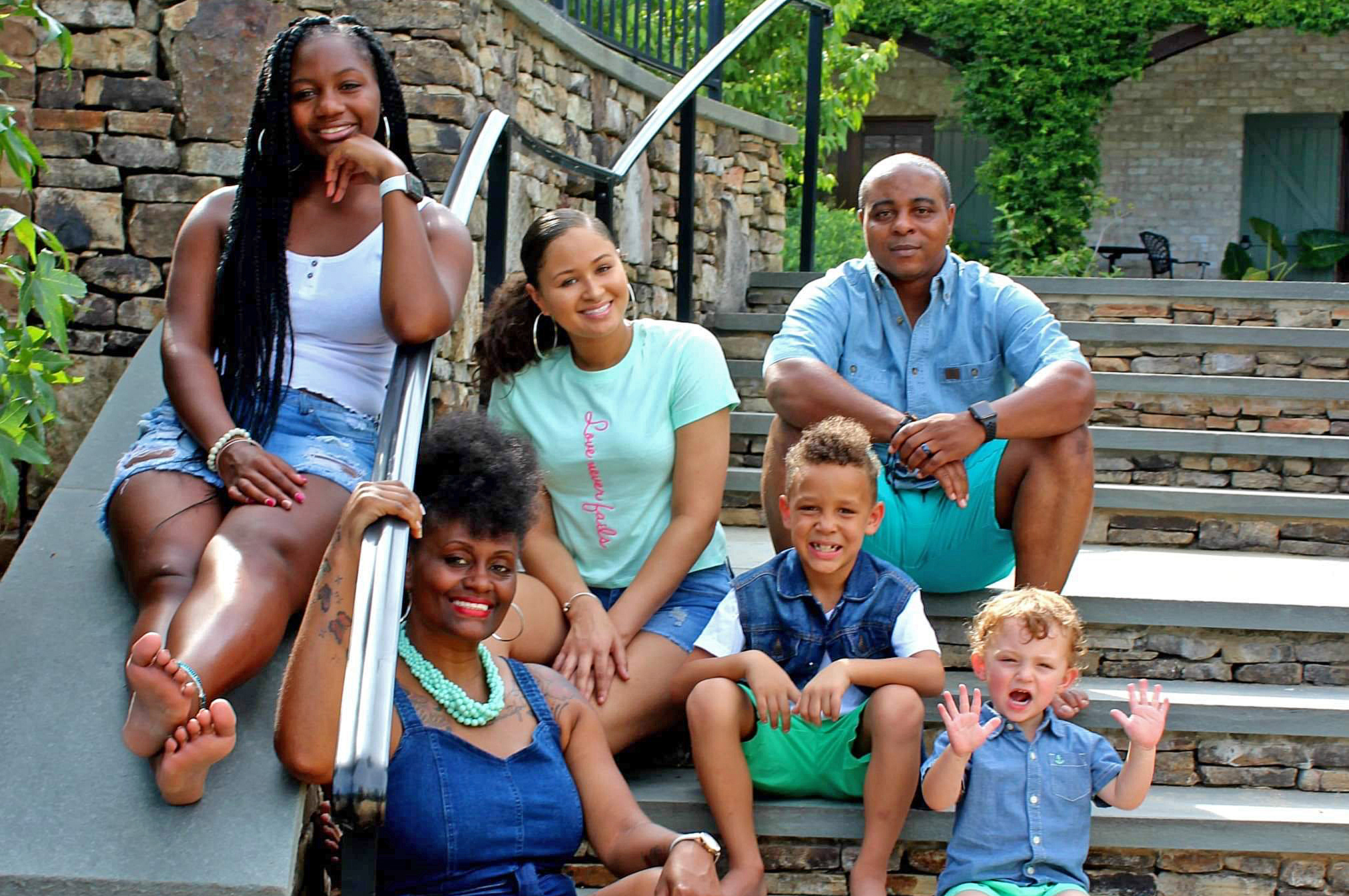 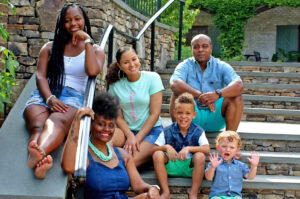 “There is a great need for good foster parents.” This is powerful advice from Mrs. Keia Jones-Baldwin, a nationally known, inspiring adoptive mom to four amazing children, ages 3 to 17. Mrs. Jones-Baldwin and her husband, Richardro, are the creators of “Raising Cultures” which has several very successful social media accounts with hundreds of thousands of followers.

The couple wed in 2010 and looked forward to growing their family, when tragedy struck. Mrs. Jones-Baldwin and her husband experienced heartbreaking miscarriages, which led them to being open to other options to fulfill their dream of having children.

“In 2016, my husband and I started the process of becoming foster parents after hearing an ad on the radio about the overwhelming number of children that were in foster care in our community at the time. When I did my own research and saw there were over 400,000 children in foster care throughout the United States, it broke my heart,” said Mrs. Jones-Baldwin.

“My husband and I knew we had the love, ability, and natural supports to be able to effectively foster. We prayed about it and never second-guessed our decision to move forward with the foster parent classes,” she said. Although some potential foster parents run into road blocks because one spouse isn’t sure, that wasn’t the case for Mrs. Jones-Baldwin, who happily exclaimed, “He never said he wasn’t on board, so I took that as a ‘yes’ and ran with it! When I initially told him about my thoughts on fostering, he listened and said that he’d be willing to try it. I don’t think either of us knew what we were getting ourselves into. It’s definitely an emotional rollercoaster, but so rewarding!”

After experiencing heartbreaking losses of their unborn children, Mrs. Jones-Baldwin wanted to work on healing the pain she had in her heart so that she could be the best she could be for her children. According to Mrs. Jones-Baldwin, “I knew I had to forgive myself in order for me to heal and be able to provide a loving and stable atmosphere for my foster children and biological daughter.”

“Forgiving myself allowed me to let go of all the shame, bitterness, anger, and guilt I had built up over the years of struggling through loss and grief from the miscarriages and not being fully attentive as a wife or mother. Once I forgave myself, I had the faith that whatever God’s will for my life was, so be it. I surrendered and His plan was far greater than I could have ever imagined,” she said.

Shortly after beginning their foster care journey, the Baldwin’s were blessed to care for their first child. “When we got the call for our first placement, we were obviously nervous but excited. We didn’t know any information other than the child was a biracial male toddler.” 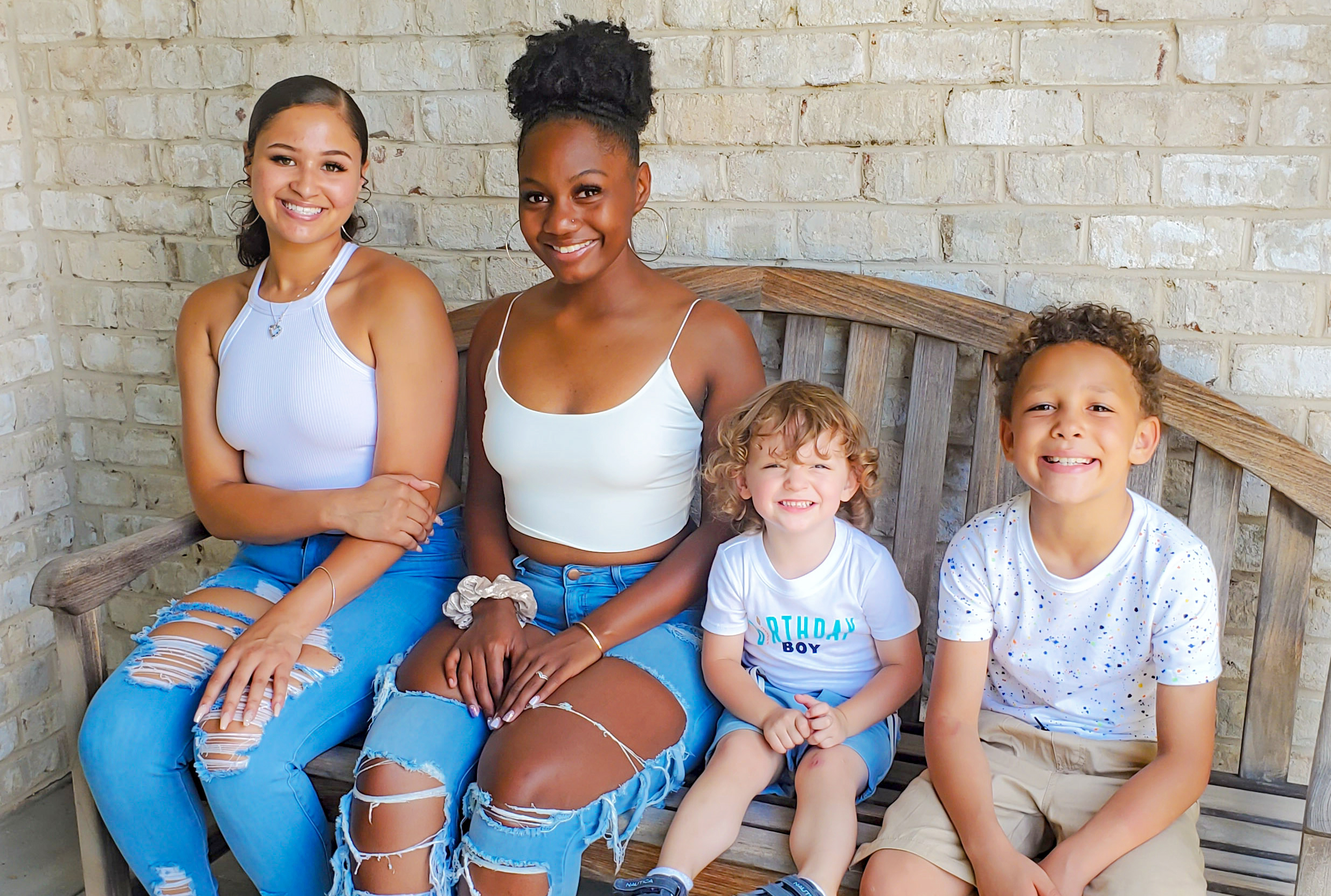 Becoming a foster parent taught Mrs. Jones-Baldwin more lessons about raising children. “The most important lessons I learned that helped me become a successful foster parent is allowing the child the opportunity to heal and be themselves. Don’t try to be, or take place of, “mom.” Give the child the chance to get to know you and determine respectfully how they will address you. Be understanding and compassionate. Allow them to tell their own stories in their own way. Most importantly, keep in mind that the child may not have your same religious, political, or cultural views. It’s not your place to ‘change or convert’ them. It’s your place to support, encourage, guide, and keep them safe until renunciation,” said Mrs. Jones-Baldwin.

As a devoted parent, Mrs. Jones-Baldwin teaches her children important life lessons, including, “Always respect others, no matter their race, gender, sexuality, religion, ethnicity, or culture. Extend grace to others as God has to us. See color, appreciate and celebrate our differences. And no matter what the world may try and tell you, you all are and will always be ‘real siblings!’”

Being a mom to children of different ages, including teenagers, is “hectic,” according to Mrs. Jones-Baldwin. “I’m constantly breaking up wrestling matches between the boys and trying to avoid being in a Tik Tok video with the girls,” jokes Jones-Baldwin. As a mom to two teenagers, Mrs. Jones-Baldwin believes that the myths about teens are not true. “Teenagers already know how to feed, bathe, and are relatively independent! Some of the myths about teens in foster care are, ‘they all runaway or steal, or do drugs.’ That’s not true, most teenagers really want stability and someone to understand their situation without judgment,” she says.

In her own words, Mrs. Jones-Baldwin describes her family as, “A blended, interracial family who is passionate about breaking down color barriers, stereotypes, prejudices, and racism with love.” Although the family is doing admirable work, they have had their share of criticism. “This is definitely not for the faint of heart. You have to be ready to deal with racism, prejudices, hatred, and discrimination in a way that doesn’t compromise who you are as a person,” she said.

“Teach your children that your family is ‘normal,’ and nothing is wrong with celebrating differences.” A revered mother, Mrs. Jones-Baldwin feels very grateful to have her children. According to Mrs. Jones-Baldwin, “They’ve had more of an impact in my life! I did nothing special. I’m sure one day my children will tell me how thankful they are for me and I’ll cry. Until then, I’m just so grateful they call me mom and say they love me!”

For those who are thinking of fostering, Mrs. Jones-Baldwin’s advice is, “Don’t go into fostering if you solely desire to adopt. Adoption is the last resort of the fostering plan and can take years. The goal of foster care is reunification and respect — trust the process. Secondly, build positive relationships (if possible and safe) with the biological parents. You’ll be amazed how much the kids will start trusting you. The kids want to see you embrace and foster a relationship with the bio parent. Under no circumstances should a foster parent bash a bio parent to the child.”

Mrs. Jones-Baldwin and her husband followed the process through to adoption for each of their foster children when reunification with biological family was not possible, and are now officially a family of six. 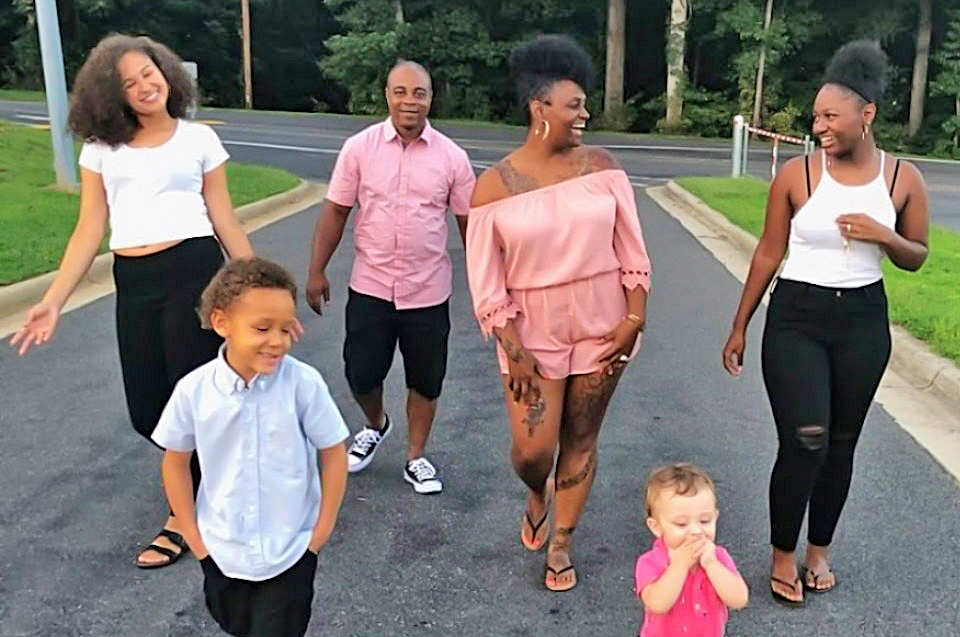 After reaching so much success on social media, and inspiring so many people to foster or adopt, when asked what’s next for 2021, Mrs. Jones-Baldwin said, “Good question! I don’t really know. It still seems surreal to me! I do know that my book will finally be published this year and a new podcast is on the horizon!” To learn more about this amazing family, visit their website.

If you want to learn more about becoming a foster or adoptive parent, please schedule a virtual Foster Care Orientation, by calling 909-825-5588 Ext. 230, or by sending an email to epowers@TrinityYS.org. 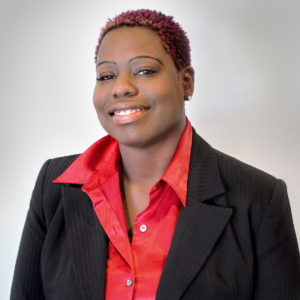